Unusual carbon profile after the first step (no phase transformation)

Unusual carbon profile after the first step (no phase transformation)

I am now simulating the kinetics of BCC and cementite formation on cooling starting from a FCC microstructure of a Fe-C-Mn-Cr-Ni steel. I attached the initial microstructure. The initial carbon concentration is constant (0.8 wt% C) while the substitutional elements profiles along z-direction are described by a sinusoidal function in z.
I am wondering why just after the first step of the simulation the carbon profile is affected by the profile of the other elements as shown in the attached Fig1_Carbon_Profile and Fig2_Mn_Profile; Ni and Cr profile is also sinusoidal in z as Mn.
I attach the driving file and please let me if you need other input/output files. 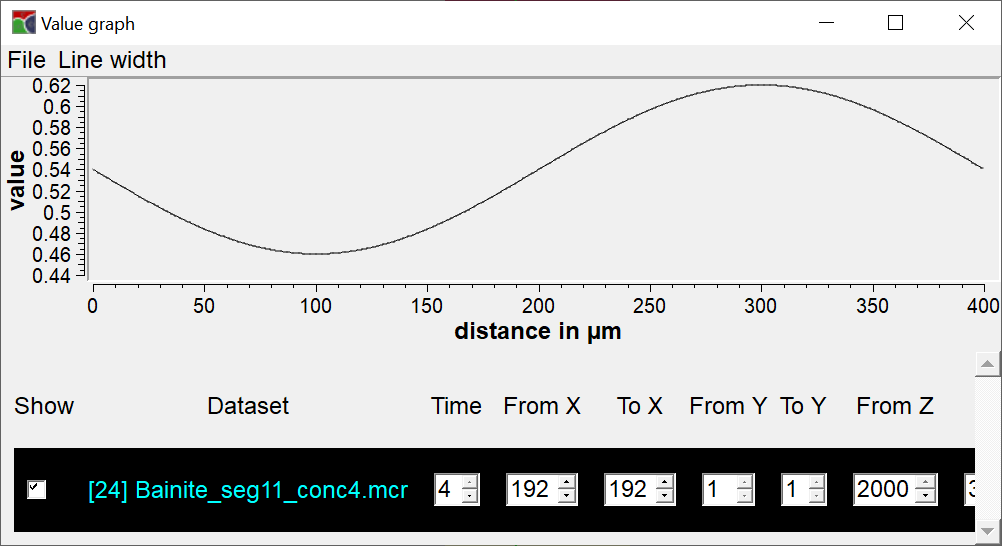 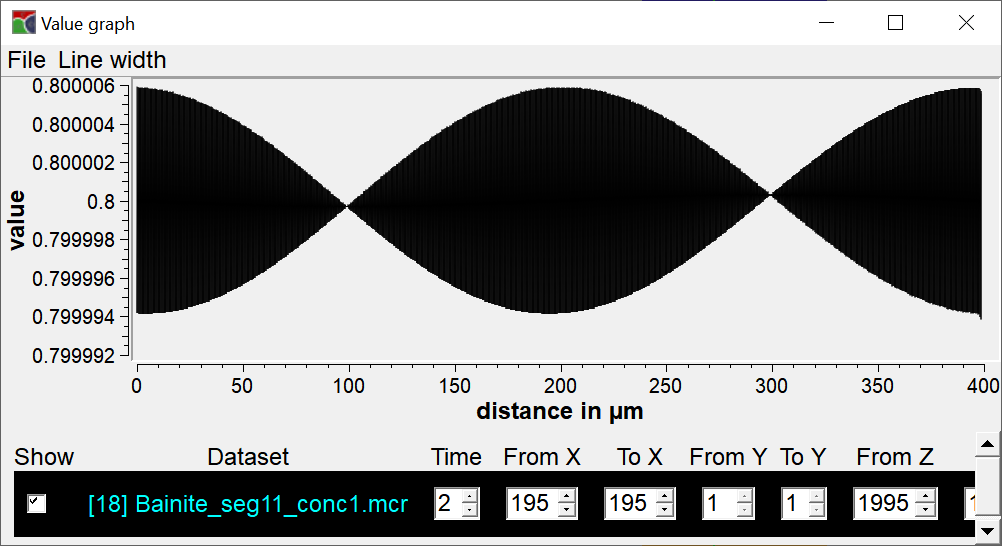 Re: Unusual carbon profile after the first step (no phase transformation)

I would interpret the black regions in the c-profile as very small oscillations around the initial composition (you can check by reducing the z-range, so that you can see them individually), modulated by the profile of the other elements.
I believe that it is due to the discretization of the composition profiles of the other elements: Given the fact that you included cross diffusion of carbon (i.e. also diffusion of C due to the gradients of the other elements), and assuming that just one single diffusion time step has passed, each discretization step would create a flux which is highest where the steps are highest, i.e. the slopes of the other composition profiles are highest. If between the steps there is a plateau which is longer than diffusion can reach in this time, you can create such an oscillation on each discretization step, which would perfectly explain what you see.

Anyway, the oscillations are extremely small and should vanish after the substitutional profiles are smoothened by diffusion of these elements. For interpretation of what happens after longer time, please don't forget that the C-profile will adapt to the substitutional profiles not only due to cross diffusion, but also due to the representation in wt% (while diffusion is driven by gradients in at%)!

Re: Unusual carbon profile after the first step (no phase transformation)

Many thanks for your clarification.
I have already changed the input condition for the diffusivity of carbon in FCC from cross-diffusion to diagonal but there were again jumps in the carbon distribution because, I understand now, the diffusivity is derived from the at % of the elements. The calculations were indeed affected by the profiles of the alloy elements!
I am now running the simulation using at % instead of wt% and the problem disappears.

weird feature in the microstructure after cementite growthDera

I am simulating the kinetics of cementite formation at low temperature (593 K) starting from an austenite and ferrite microstructure as shown in the figure together with the initial carbon concentration in at%. I linearise the pseudo-phase diagram Fe-C under para-equilibrium condition to get the thermodynamic data (no substitutional alloy elements are considered this time).
I attached the microstructure and carbon map after 140 s.
What is the reason for the “blue dots” in the austenite near the growing cementite as it is more evident in the zoomed picture (also attached)?
The driving file is attached as well. 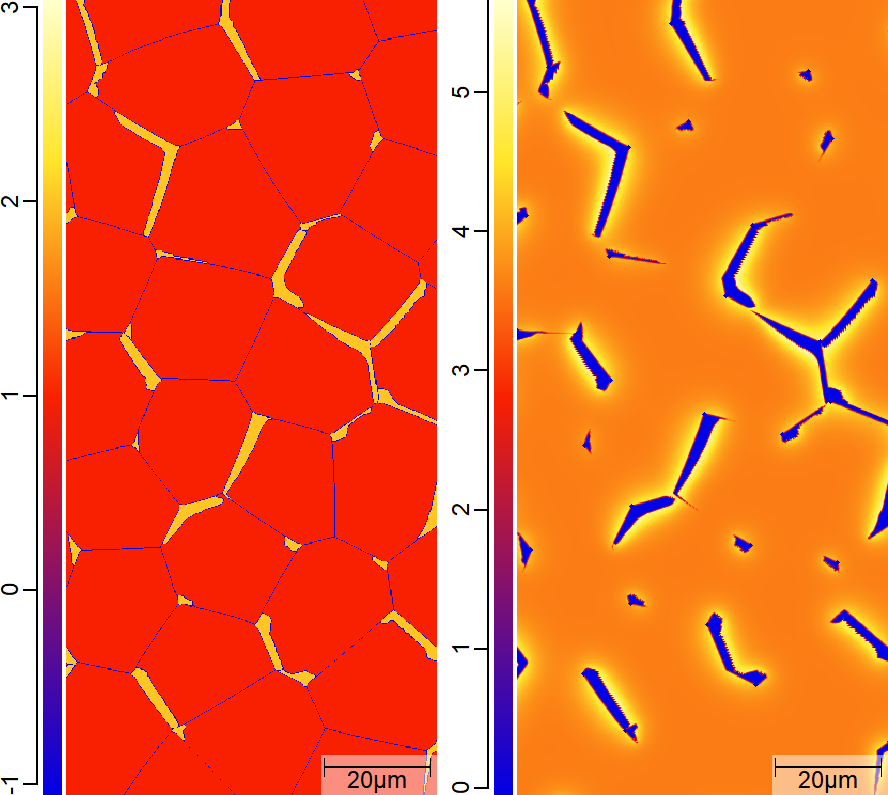 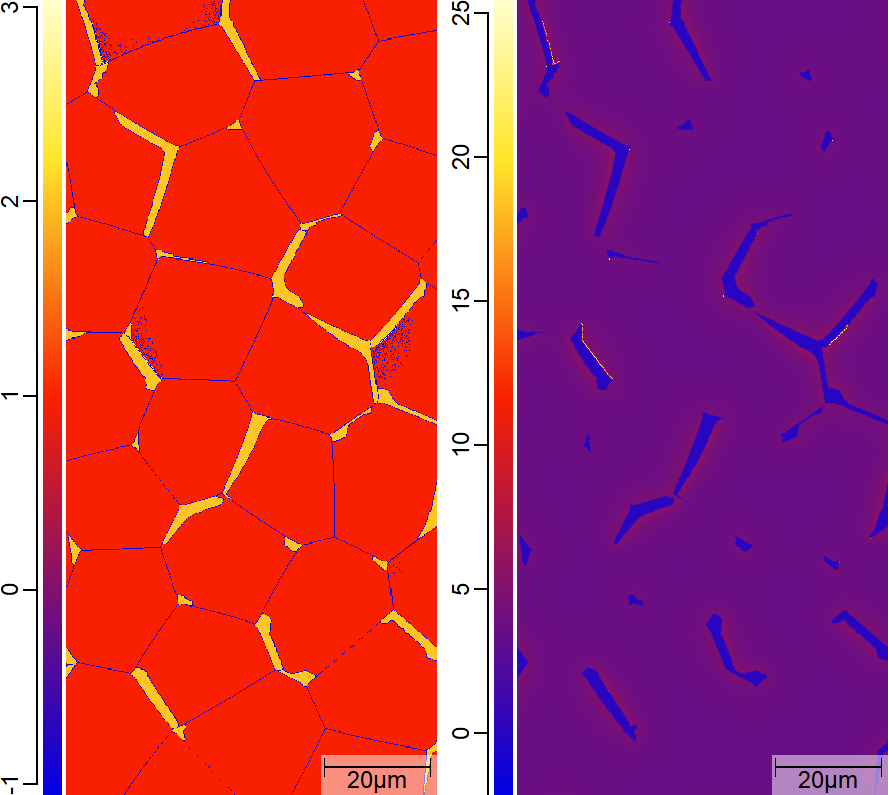 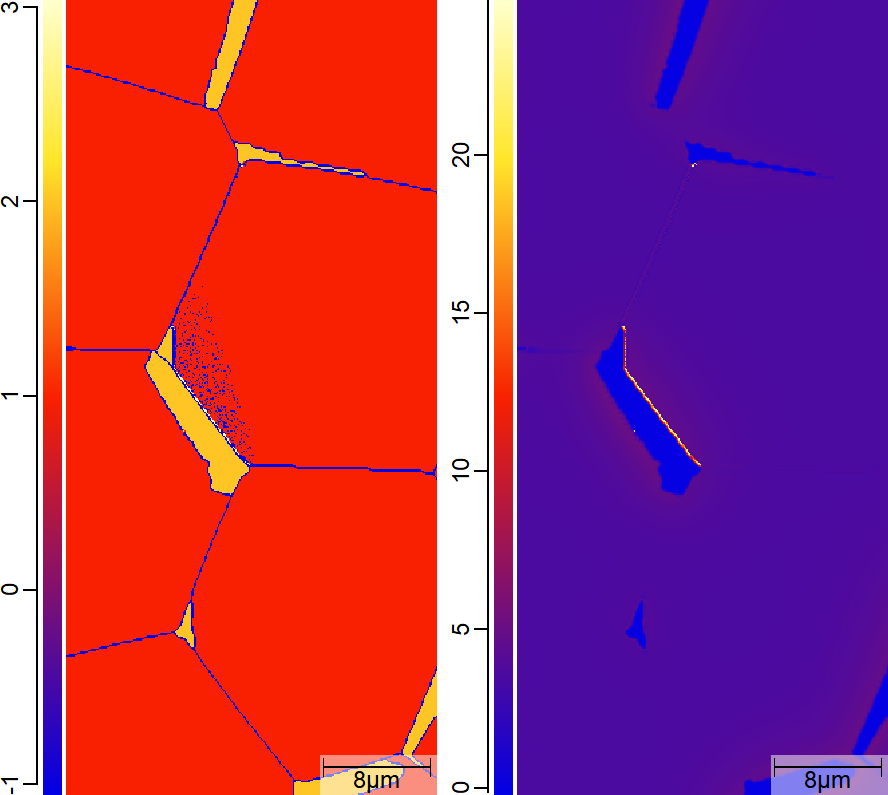 cementite_formation_LPD_at%_rid_in.txt
(46.91 KiB) Not downloaded yet