Hello,
I am a new user of MICRESS. Recently, I run the process along the munual "Preparing Experimental Microstructures for MICRESS".
Every thing have done except the last step when I run the command : PGM_to_MICRESS.exe C.pgm C.txt.
The program started, then the cursor shining everywhere in the black dos window.
8 hours have passed, but no C.txt output file was generated.
So I don't know whether is this a problem.
Should I need to wait for a longer time.

The attachments are the PGM_to_MICRESS.exe, the C.pgm that treated by the software GIMP2.8.20 in Win10 system, the screenshot of the running dos window. In which I changed the extansion because the "Invalid file extension" updata the file : PGM_to_MICRESS.exe to PGM_to_MICRESS.txt; C.pgm to C.txt. 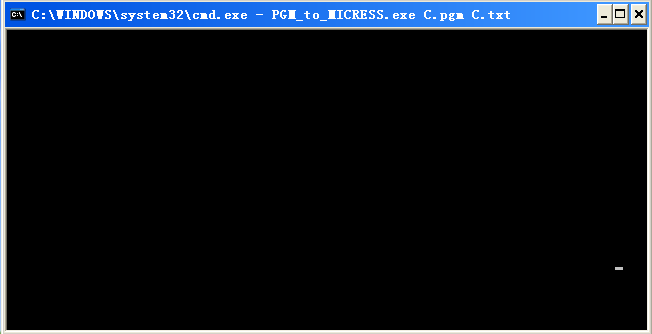 PGM_To_MICRESS is a script written in Perl (file extension usually .pl).
Unfortunately, Windows does not provide such developer tools (compiles, script interpreters, etc.) with a normal Windows installation.
To use the script, you have to install a Perl interpreter of your choice and start it with the script as a parameter from command line.

The problem have been solved after installed the software "ActiveState Perl".
Thank you very much.

An additional information for other users:
That's how it looks like with an Active Perl installation available: 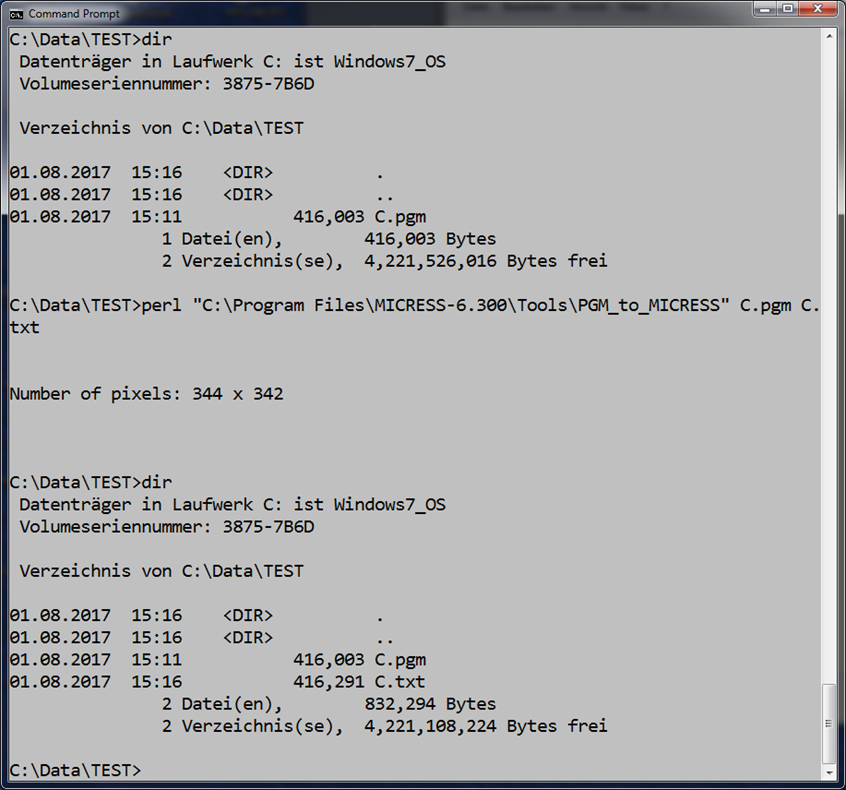